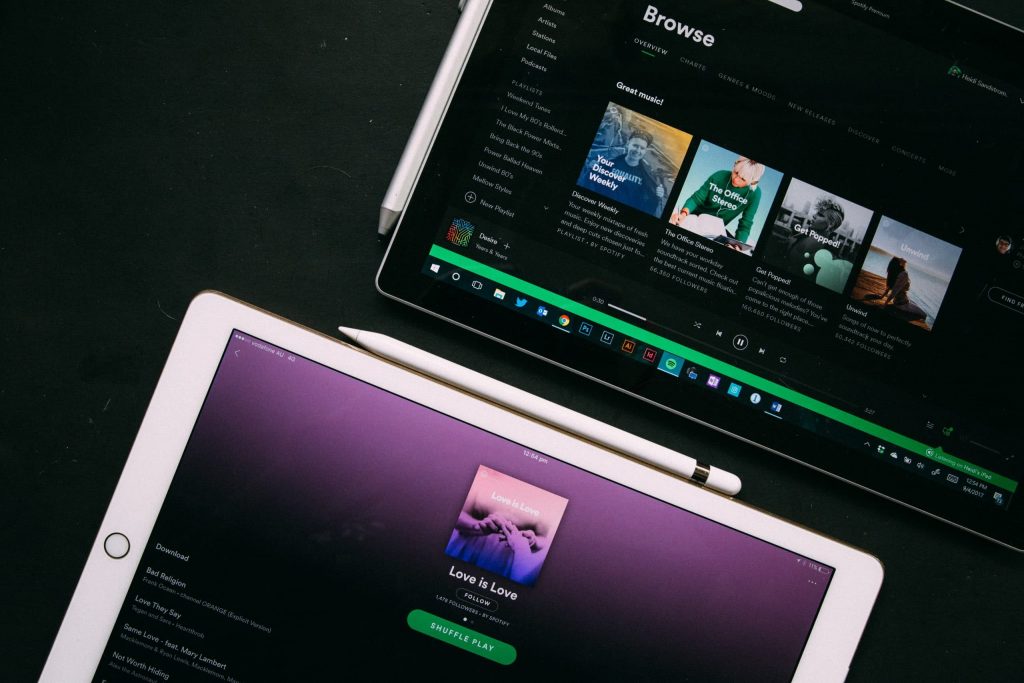 “70,000 jobs a year are lost in the United States due to music piracy” (Source: Dataprot). As much as we would like to think music piracy is a thing of the past, it isn’t. Music piracy just changed shape. This new shape is called stream-ripping.

Stream-Ripping is exactly what it sounds like. It means illegally downloading content from a streaming platform & for music this could be platforms such YouTube, Spotify & Napster. The worst thing is, it can be done with a simple google search as there are infinite numbers of stream-ripping tools & websites available.

Now let’s take a look at the European Market. ‘Stream ripping services saw a 1390% surge in popularity in the UK between 2016 and 2019’ according to PRS for Music. Over 80% of the top 50 music piracy websites are still uploading contents through steam-ripping.

All the music streaming platforms are prey to stream-ripping & Music Consumer Insight Report says “32% of music piracy takes place via stream-ripping”. All this without even talking about the hundreds of Torrent sites out there hoarding all this pirated music.

Reasons Behind This Rampage

“83% of UK adults who have pirated music say they did so because of a lack of paid options” (MUSO). In one of MUSO’s recent surveys they asked questions regarding the piracy of music to over 1000 UK correspondents. 83% answered that they searched for the content through legal methods at first.

So, why did the audience download the music illegally? The answers is actually familiar to us as we all have faced at times while looking for music legally:

Because It Was Free

David Price, director of insight and analysis at IFPI, told The Guardian “People still like free stuff, so it doesn’t surprise us that there are a lot of people engaged in this. And it’s relatively easy to pirate music, which is a difficult thing for us to say.” It’s difficult & maybe almost impossible to deny free products or services especially if they are so easy to get.

As said before, there are numerous stream-ripping sites as well as neverending torrent sites available for the audience. They’re just a few clicks away. When a person finds or hears something they like, the present day circumstance would state that the person will turn to google or another search engine for answers.

When the answer shows you more free download results than a legal way of obtaining them, the writing’s on the wall. A few clicks & the audience can hear their favourite tune whenever they like to or want to.

It’s safe to say that not every song in the world is available on every music streaming service, making it hard for the audience to decide on their music subscription plans. It is even more difficult to make the audience subscribe to more than one music streaming platform hence, they opt out to music piracy.

Also the music experience may vary from audience to audience. Those who find the streaming service algorithm of Spotify more user friendly may not find the same experience in Apple Music & vice versa. The fact also lies in that all the music streaming services subscription cost lies at $10 a month on average, which is safe to say that the mass audience will likely subscribe to only one streaming channel at a time.

Which answers the question that if the audience don’t find their preferred song in the channel they have subscribed to, they might rather pirate the song rather than buy a new subscription for that song only.

Some Music Is Not Available Everywhere

If we ask you “How many online music streaming subscription channels do you know of?” the answer would be very limited. You may say Spotify, YouTube Music, Apple Music, Amazon Music, Soundcloud, or Tidal, and that may be it & to add further clarification most of these streaming services are not even available in a lot of countries.

That is the limitation of the music industry at the moment. Physical music sales have plummeted. Online music streaming platforms are at present the best medium to enjoy music legally. Spotify has made their service available in 187 countries just recently in 2021, but before that it was unavailable to most.

This clearly shows that the audience have very few options to subscribe to legal means of listening to music with only Spotify & Apple Music having a more widespread service base. So, those who will not get the option or have no legal means to acquire musical contents will have no other means than piracy.

We already mentioned that Spotify, who has covered almost the whole world in spreading their services, did so in early 2021 which means the audience of those countries they were not available on (which is almost double) have been used to pirate music since 2020.

So, getting these new audiences to get used to a subscription model will take time as they are used to getting their music for free.

Continuing The Battle Against Music Piracy

We have discussed what stream-ripping is, and how & why it’s now a trend among the growing music piracy crowd. The first & foremost weapon in this battle is to Create Awareness among the audience. For our (or the older) generation it might not be so much of a help, but for the future generations it might be much more effective.

Establishing the fact of piracy being illegal & the effect these crimes have on people’s livelihood may create a better awareness for the future generations as these subscription based models are for the future.

For those who do commit the crime we need to develop Technologies that can trace illegal distribution of contents to track the providers of illegal content and providers of file-sharing technologies. After identification of such pirates, we need to enforce Strong IP rights and stronger legislation to take them down & engage governments & judiciary systems.

What you can do about Music Piracy

Finally, the contents that are already pirated can be taken down by engaging experts in taking down illegal contents on websites by browsing & investigating them. Onsist has been serving clients & providing Anti-Piracy, Anti-Counterfeiting & Dark Web Monitoring Services for a decade.

We help businesses protect their copyrighted content against illegal copying, selling and distributing, all of which constitute theft. We have been continuously monitoring & pruning the web for their content which has been pirated & taking them down using our advanced technologies & expert watch.

Let us keep continuing this good battle against music piracy & protect the artists as well as the people who earn their livelihood by working in the music industry.