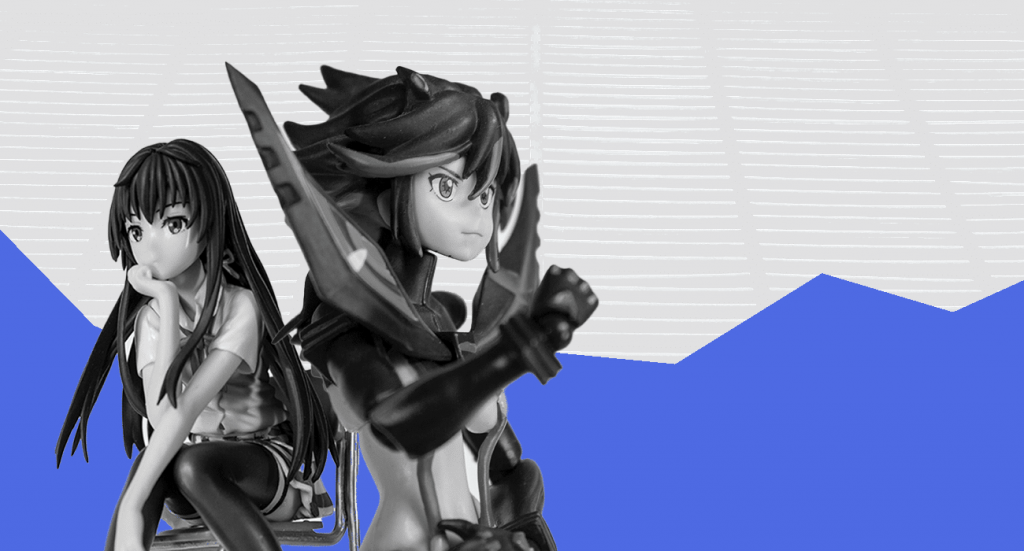 In 2019 an alleged manager of website Manga Mura, which pirates wildly popular Manga’s (comics or graphic novels originating from Japan) on their manga piracy site was arrested. The person was Romi Hoshino (aka Zakay Romi) who was allegedly the reason manga publishers lost 320 billion Yen (US$2.4 billion) which at one point had 60,000 mangas for free and about 100 million visitors per month, according to AFP.

The website in question was taken down in April 2018 when the Japanese government ordered internet service providers to block access to the website and two others to address internet piracy and manga piracy, The Japan Times reported.

This is but one example of how much the Manga Industry is being affected by piracy. Reading Japanese Mangas for free might sound like a treat but the publishers, the artists, the creators & the people related to the whole industry are losing money because of piracy. The loss is in the millions of dollars. Let us give you another horrifying statistic related to Manga Piracy.

In December 2020, the biggest manga piracy sites in Japan were visited 200 million times, which compared to January 2020 was only 72 Million. Before the awareness of Covid-19, visits to these manga piracy sites were lower. If these Mangas were bought & read legally it would make the industry about 41.4 billion yen, or just under 400 million in American dollars.

This is just December. The pandemic started to take full force in March 2020, so if we even only multiply this number by 10 months, we are talking about billions of dollars in losses for the people who are involved in creating Manga’s, in just a year. That’s billions as in plural. According to the Tokyo-based Content Overseas Distribution Association, piracy costs Japanese publishers roughly 400 billion yen ($3.7 billion) a year.

The pandemic made manga piracy worse

Now the question arises why did the number of piracy grow this much (72 Million to 200 Million) from January 2020 to December 2020? Most experts point to the ongoing Coronavirus Pandemic for the growth of Piracy. The pandemic in 2020 affected all kinds of industries. The rise of piracy affected the movie industry, video game industry, music industry, comic book industry & the manga industry wasn’t untouched as well.

The pandemic resulted in people not being able to go out, to lose jobs & lose their ways of income. All these reasons worked as a ripple effect. The pandemic forced the population indoors, took a paycut from their jobs or even losing their jobs.

This meant physical copy sales went down & as the population spent most of their earnings & savings on essentials the fans of the manga drove to leech and manga piracy sites.

An article from Asahi.com says, “ABJ, a Tokyo-based group working against pirated editions, organizes more than 60 companies, including publishing houses. ABJ officials said that the loss from piracy websites remained relatively subdued between spring 2018 and spring 2019, but the number of hits on several manga piracy websites began rising sharply sometime around autumn 2019. The publishing industry is racking its brains over how to confront the piracy websites, some of which hop from one server to another to make the website operators less traceable. Others refuse to comply with requests for the deletion of copyrighted works.”

Let’s dive a bit deeper in these leech and manga piracy sites.

These so-called Leech Websites are causing the Manga industry to lose BIllions of Dollars in revenue hurting the industries. Manga creators aren’t being compensated fairly because no royalties are paid for content that is distributed without the consent of the copyright holders. This causes the creators of the Manga’s to stop creating more content, which digital pirates seemingly don’t care about. They’re making money through manga piracy by collecting advertising fees based on view counts and downloads.

Plead of an artist

Manga creator Gino808, author/artist of “Yukionna to Kani wo Kurau” (“Devouring a Snow Woman and Crab”) and “Doteibanashi” (“Virgin Story”), took to Twitter to share their thoughts on the subject.

“I want pirated manga to disappear. Even if they keep getting posted, if people would just not read them, that’d be fine,” a frustrated Gino808 pleads. “If you don’t think you want to read my manga badly enough to spend money on it, that’s a sign that I, and my manga, aren’t good enough, and that decision is yours to make. If you only think it’s good enough to read pirated, though, I don’t want you to read it.”

“We’re not drawing manga as volunteers. It’s a valuable product. I often hear people say that they pirate manga because they want to spread recognition of it, but that’s tatemae” Gino808 says, referring to the custom of saying one thing while actually thinking another. “Do pirates think manga is made by a person with talent who just has an idea pop into their head, then draws it up with no effort at all?…Manga is a result of the creators using years of their lives and taking on the risk of going into the red so that they can pay their assistants.”

This thread is a representation of the creators of Manga who have gotten their due stolen by piracy.

What are the countermeasures to Manga Piracy

Japan has already enacted a copyright control law to ban pirated manga downloads. The law also regulates “leech websites” that provide users with hyperlinks to download torrent files of pirated materials. The ban on illegal downloading has taken effect on January 1, 2021, while restrictions on leech sites will come into effect on October 1, 2021. Here is a summary of the law according to Goodreader.com.

“If you are caught downloading illegal manga users will face up to two years in prison and a fine of up to two million yen, which is around $18000 USD. The new law also bans establishment and operation of leech sites, pasting hyperlinks of illegal websites on an anonymous message board, or providing “leech apps” for similar purposes. Those found to be operating a leech website will face penalties of up to five years in jail or a maximum fine of 5 million yen, or both”.

There are still loopholes & Japan can only do so much themselves on this matter. These laws should be enacted internationally to cause significant deterring effects on online and manga piracy.

As loopholes will always be found and exploited by pirates, as seen through history, asking the help of a manga piracy expert such as agents who are working in taking down online piracy can also work as an effective countermeasure.

Onsist has been battling online piracy for the last decade. ”Stop Losing

Your Revenue to Piracy“ has always been the motto of Onsist, using advanced automated tools to report and takedown illegal content from the internet. The vision of Onsist has always been to protect brands from all over the world against online theft and piracy.